U.S. Attorney General William Barr recently cited Indiana as one of two states in which the state attorney general’s office has contributed to “a concentrated effort across the country and around the world to halt money mule activity.”

Money mules are individuals who assist fraud schemes by receiving money from victims, many of them elderly, and forwarding proceeds to foreign-based perpetrators.

The specific nature of the fraud schemes vary greatly. They include such scams as when imposters call would-be victims claiming to represent some official entity such as the IRS or even a personal acquaintance such as the would-be victim’s grandchild. In other cases, the scams are conducted via email, with scammers trying to lure would-be victims to provide personal information, perhaps by claiming they have won prizes. In all cases, the end goal is to bilk unsuspecting victims of money.

Over recent months, investigators from the Office of the Indiana Attorney General reviewed 251 possible cases of such activity before identifying 31 individuals as people of interest and forwarding information to the FBI.

“Exposing fraud and abuse is part of our responsibility as stewards of the public trust,” said Attorney General Curtis Hill. “As public servants, our team of investigators works tirelessly to hold those accountable who mistreat Hoosiers or wrongfully take funds through fraudulent rings and other illegal means. We will continue to ensure that our elderly citizens are looked out for and protected.”

Nationwide, law enforcement interviewed more than 550 individuals and served more than 500 warning letters on individuals who recently served as money mules for fraud schemes. More than 30 individuals were criminally charged. Law enforcement partners included the FBI; the U.S. Secret Service; the IRS Criminal Investigation; the Department of Transportation; the Inspector General for Tax Administration; and the Social Security Administration Office of Inspector General.

During the two-month initiative announced Dec. 4, U.S. law enforcement disrupted mule networks that spanned from Hawaii to Florida and from Alaska to Maine. In Indiana, some elderly citizens lost tens of thousands in such schemes.

A release from the U.S. Department of Justice can be viewed here 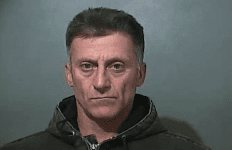 Traffic stop leads to the discovery of meth and drug paraphernalia→ 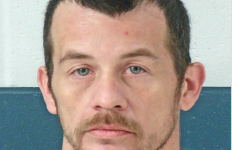 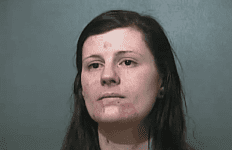