“The two individuals who died in the motor vehicle crash on Stellhorn Road have been
positively identified, through dental records, and family has been notified of the autopsy
results.
Summer Lee-Nicole Keesler, female white 23 years of age, from Fort Wayne, Indiana.
Summer Lee-Nicole Keesler was the driver of the vehicle involved in the crash which the
vehicle ignited. Death was pronounced at the scene. The autopsy has been completed and the
Cause of Death is Thermal Burns and Smoke Inhalation due to Motor Vehicle Crash and the
Manner of Death is Accident. Summer Lee-Nicole Keesler is the 3rd fatal motor vehicle crash
in Allen County for 2019.

Kevin Leroy Wiesehan, male white 13 years of age, from Woodburn, Indiana was the
passenger in vehicle driven by Summer Lee-Nicole Keesler and death was pronounced at the
scene. The Cause of Death is Blunt Force Injury of the Head and Thermal Burns, due to
Motor Vehicle Crash and the Manner of Death is Accident. Kevin Leroy Wiesehan is the 4th
fatal motor vehicle crash in Allen County for 2019. ”

FORT WAYNE, Ind. (ADAMS) – An adult and a child died Sunday in a crash that caused their vehicle to burst into flames.
Police were called to the 3700 block of Stellhorn Road in northeast Fort Wayne around 5:00 p.m. for the two-vehicle crash.
Officers were being advised that there was at least one vehicle on fire and they were not sure if the occupants had gotten out of the vehicles.

Upon officers arrival, they observed one of the vehicles fully engulfed in flames and they believed that there were two subjects still inside the vehicle.

The FWFD arrived on scene and extinguished the fire at which time they located the victims still inside the vehicle and they were both pronounced deceased by paramedics. The driver of the second vehicle was out of the vehicle and complaining of chest pains.

Investigators are attempting to establish the exact cause of the accident based using witness statements and vehicle information.

Due to the road conditions, Stellhorn Road was closed from Wyandotte to the East to Roseview to the West.

The Identities of the victims will be released at a later time by the Allen County Coroner’s Office. 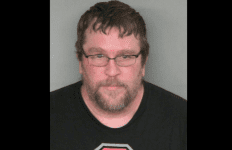 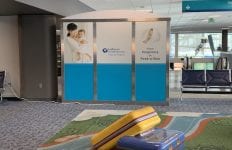 Public invited to ‘Art For All’ master plan reveal→