FORT WAYNE, Ind. (ADAMS) – In response to a recent report from Ball State University entitled, “Indiana Has a Monopoly Problem in Healthcare; Preliminary evidence and recommendations,” revealing that Indiana not-for-profit hospitals have accumulated $27 billion of profits, former Indiana Economic Development Corporation president Eric Doden is calling on the Indiana Hospital Association to establish the Main Street Indiana Fund. The goal of the Main Street Indiana Fund is to transfer from Wall Street to Indiana at least $10 billion of the estimated $27 billion of profits and invest the dollars in Indiana communities.

“The revelation that Indiana-based not-for-profit hospitals have squirreled away excess profits on Wall Street presents a terrific opportunity for Indiana’s public and private sector leaders to demonstrate their leadership,” said Doden. “If they lead well, this will be the single biggest gift to Hoosiers in generations.”

Funded with an initial contribution of $10 billion by Indiana’s not-for-profit hospitals, the Main Street Indiana Fund will aim to advance Indiana’s economy by providing much-needed capital to support Indiana business and community development throughout the state. This type of fund will generate investment returns for the not-for-profit hospitals similar to their current Wall Street returns but will have the added advantage of propelling Indiana’s communities forward.

“We are labeled the ‘Rust Belt’ by the national media for a reason,” said Doden. “This label, though no longer fair, dampens the enthusiasm of outside investors for Indiana. This moment is an opportunity for Indiana’s public and private sector leaders to partner with our institutions to remove that label.”

Additionally, in the next 25 years the Main Street Indiana Fund could eclipse a total value of over $80 billion with a 10 percent rate of return. “If we take these appropriate and prudent steps today to invest in our collective future, Indiana may not only maintain its economic prowess nationally, but may leap far ahead of the pack for a generation or more,” said Doden. “Even to the most financially sophisticated minds these figures become so large that it’s nearly impossible to imagine the impact that this opportunity affords Hoosiers,” said Doden.

The Main Street Indiana Fund is only one of many steps that should be taken to return the accumulated profits to Indiana from Wall Street and ensure that future accumulated profits remain in Indiana. Like any responsible organization, Indiana not-for-profit hospitals should also retain 90-180 days of reserves to accommodate downturns or fluctuations in revenues, which could amount to $3 billion. After subtracting $3 billion for reserves and $10 billion for the Main Street Indiana Fund from $27 billion of current accumulated profits, $14 billion remains. All of this $14 billion should be returned to Indiana and put to work, improving both the bottom line for hospitals and the citizens they serve. Examples of ways to effectively invest these remaining profits could include tackling addiction, obesity, smoking cessation, infant mortality, and health and science education, among other challenges and opportunities.

The investment types and specific percentages recommended for the Main Street Indiana Fund are intended as a conceptual framework at this time and should be vetted in collaboration with state and community leaders as well as the fund manager selected through a national search process. With oversight from state elected leaders, the Indiana Hospital Association should immediately initiate a national search process to identify a fund manager with proper credentials and expertise to establish and manage the Main Street Indiana Fund – and do so from Indiana, not New York. 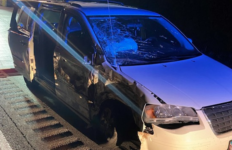 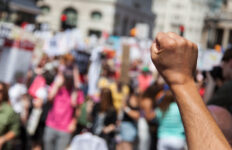