FORT WAYNE, Ind. (ADAMS) – The FBI released a statement concerning the bomb threats that have been emailed nationwide Thursday. The Fort Wayne Police Department says they stand by their statement.

“We are aware of the recent bomb threats made in cities around the country, and we remain in touch with our law enforcement partners to provide assistance,” the FBI said in that statement.

“As always, we encourage the public to remain vigilant and to promptly report suspicious activities which could represent a threat to public safety.”

Locally, Fort Wayne police were contacted by some local businesses that were recipients of those email threats. Police said the found no credible evidence to support the threats as being valid. As always though, the Fort Wayne Police Department recommends being very aware of your surroundings. Should you notice something that you suspect suspicious or out of place in your known environment, contact law enforcement for proper follow up. 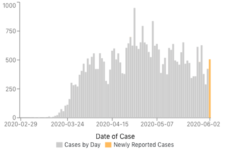 COVID-19 in Indiana: Another rise in case numbers→ 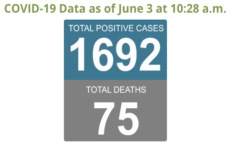