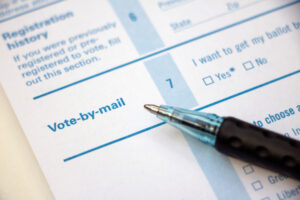 INDIANAPOLIS, Ind. (ADAMS) – Indiana’s rules for absentee ballots are barely going to change according to the latest election reform proposal.

Republicans last week removed most of the teeth from their reform proposal, eventually settling on a new plan that would require anyone asking for an absentee ballot online to provide a driver’s license number or the last four of their social security.

Anyone asking for an absentee ballot by mail would simply need a signature.
Indiana’s Secretary of State asked lawmakers to make the changes.