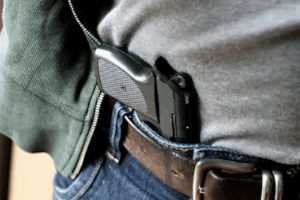 INDIANAPOLIS, Ind. (ADAMS) – Indianapolis’ police union chief says we will never know if the FedEx shooting could have been avoided.

On Thursday, Fraternal Order of Police local president Rick Snyder slammed the Marion County Prosecutor’s Office for not following up with a red flag case against Brandon Hole.
Police seized a shotgun from Hole last fall, but prosecutors never moved to add him to the state’s red flag list. That allowed Hole to buy the two rifles used in last week’s shooting. Prosecutor Ryan Mears says his office didn’t have enough time to make the case.

Snyder says there was plenty of time, and Mears missed the opportunity to, perhaps, avoid the shooting at FedEx altogether.

INDIANAPOLIS, Ind. (ADAMS) – There will be more security and fewer workers when FedEx reopens its facility near the Indianapolis airport.

The company yesterday said they will resume ‘very limited operations’ by the end of the week.

The FedEx site has been closed since last week’s shooting that left eight people dead. FedEx says it is taking every step it can to make workers feel comfortable when they return to their jobs.

INDIANAPOLIS, Ind. (ADAMS) – Prosecutors in Indianapolis say they kept Brandon Hole’s shotgun, and they felt that was enough. Marion County Prosecutor Ryan Mears yesterday defended the decision not to pursue a red flag case against Hole. Indianapolis Police took a shotgun from Hole in March of last year after his mother warned he may become violent.

Mears says the two-week timeline for red flag cases, and the fact that Hole didn’t want his shotgun back, drove the decision to drop a red flag hearing. Investigators say without any red flag triggers, Hole was able to buy two rifles in September.

Those were the rifles that police say Hole used in the shooting spree at FedEx’s Indianapolis facility last Thursday.

INDIANAPOLIS, Ind. (ADAMS) – Authorities say the man who killed eight people in Indianapolis was able to legally buy the weapons he used even though his previous gun was seized because of mental health issues under the state’s Red Flag Law.

Indianapolis Police say 19-year-old Brandon Scott Hole legally bought two rifles in July and September of 2020, the ones he used to kill eight people Thursday at a FedEx facility near the Indianapolis Airport. According to the FBI, authorities had seized a shotgun from Hole last year after his mother called police, saying she was worried he would commit “suicide by cop.”

That news came as the Indianapolis community remembered the eight victims.

All eight were killed Thursday night when a former employee of the FedEx facility opened fire before taking his own life.

INDIANAPOLIS, Ind. (ADAMS) – An advocacy group for the Sikh religion is calling for a possible hate crime investigation after Thursday night’s deadly mass shooting at a Fed Ex facility in Indianapolis.

Half of the eight people murdered were Sikhs and the motive behind 19-year-old Brandon Hole’s attack is unknown.

He took his own life as the police approached. Hole was interviewed by the FBI last April and agents at the time said he had no racially motivated violent ideology. The New York-based Sikh Coalition wants a full investigation.

INDIANAPOLIS, Ind. (ADAMS) – The FBI says it’s too early to speculate on a motive in a deadly mass shooting at a FedEx facility in Indianapolis that left eight people dead last night.

Law enforcement officials shed new light on the incident this morning, saying they have identified a suspect and are searching what they believe to be is that person’s home, but they are not releasing a name.

Deputy Chief Craig McCartt said the suspect came to the facility last night and started firing soon after getting out of his car. McCartt noted there was no confrontation and the suspect appeared to begin shooting in the parking lot before going into the building. McCartt said it appears the suspect took his own life before officers entered the building and they have recovered at least one rifle from the scene. Indianapolis Mayor Joe Hogsett said his city is strong but they are overwhelmed with grief.