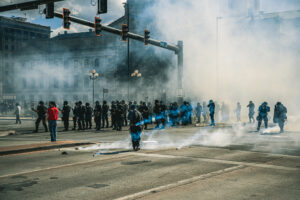 FORT WAYNE, Ind. (ADAMS) -After calls from the community and even protests in front of her home, Karen Richards is asking for more evidence from the recent downtown demonstrations.

The Allen County Prosecutor’s Office released the following on Thursday:

The Allen County Prosecutor’s Office continues to review all of the arrests and charges filed as a result of the protests that have occurred in Fort Wayne, and we are asking for the public’s assistance.
We have established a link for the community to provide additional information. If you have relevant documentation to provide regarding any of these events, please send an email to [email protected] and include your name, address, telephone number, the date and time of the incident, the location of the incident, and a brief summary of what you witnessed. Also indicate in that email if you have any video or photographic evidence to submit. Upon receipt of your email, we will send you a link so that you can forward any video(s) and/or photograph(s) for our assessment.
We will persist with our review of all information that is submitted to our office so that
we can ensure that the appropriate justice will be served on each and every case.

FORT WAYNE, Ind. (ADAMS) – Fort Wayne’s latest protest had a crowd of people outside the county prosecutor’s home over the weekend.

Organizers say they want anyone ticketed by Fort Wayne Police during this month’s protests to not face any legal ramifications.  Richards did come out and speak with those gathered. However, it is unclear if charges will be dropped.

The ACLU of Indiana has filed a lawsuit against the city and the county for alleged abuse of force during demonstrations in downtown Fort Wayne.

Individuals protesting police brutality, today sued the City of Fort Wayne and the Allen County Sheriff to immediately stop the use of chemical agents and projectiles on protesters. The lawsuit seeking an injunction and damages was filed by the ACLU of Indiana.

In recent weeks, the Fort Wayne Police Department (FWPD) and members of the Allen County Sheriff’s Department have fired tear gas, rubber bullets, and pepper spray at protesters during numerous demonstrations following the murder of George Floyd in Minneapolis and they have taken other actions to discourage lawful protest activities. The lawsuit argues that the use of chemical agents and projectiles for crowd control violates the First and Fourth Amendments

FWPD and members of the Sheriff’s Department have deployed chemical irritants and taken other actions against protesters near the Allen County Courthouse or on the Courthouse Green on several occasions over the past month. According to the ACLU of Indiana complaint, on May 29, protesters marched to the nearby Martin Luther King Bridge where police blocked protesters from leaving the bridge in either direction, and then shot tear gas canisters at them. FWPD and members of the Sheriff’s Department have used force to prevent peaceful protesters from gathering on the Courthouse Green and in other public places in Fort Wayne.

More recently, on June 14, as protesters dispersed to get away from the weapons being deployed, police dragged protesters out of private businesses in which they were seeking shelter.

“Police must not respond to protesters speaking out against police brutality with yet more brutality. We will not let these violent attacks on our constitutional rights go unchecked,” said Ken Falk, legal director at the ACLU of Indiana. “Excessive use of force against protesters chills free speech, and widens the rift of distrust between communities and the police that are sworn to serve them.”

This lawsuit comes just a week after the ACLU of Indiana filed a similar lawsuit against the City of Indianapolis, and joins a number of legal actions the ACLU has been taking around the country in response to escalating law enforcement attacks on journalists and protesters.

The lawsuit was filed in U.S. District Court for the Northern District of Indiana. 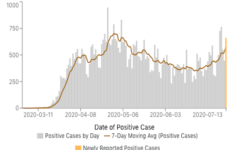 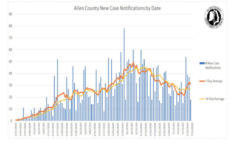 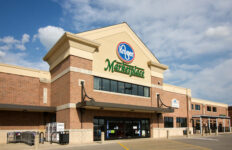