1.  Drew Barrymore hyped her upcoming talk show by posting an edited video where she interviews her seven-year-old self.  It features some old footage from her appearance on “The Tonight Show with Johnny Carson” back in 1982.

At the end, Drew recreates the scream she let out on “Carson”.  “The Drew Barrymore Show” premieres on September 14th.

2.  Earlier this week, Ryan Reynolds helped a woman search for a sentimental teddy bear, which was stolen during a move.  And it has been found.  Ryan said, quote, “In happier news, thank you everyone who searched high and low.

THANK YOU RYAN! This wouldn't have been possible without your signal boost! https://t.co/Bg2gAFKrOM

“To the person who took the bear, thanks for keeping it safe.  Vancouver is awesome.  #FoundMarasBear.”

3.  Lynda Carter still has her original “Wonder Woman” bracelets.  She said, quote, “Wearing them still makes me feel like a total badass!”

For many years, Wonder Woman fans have asked: Do you still have the bracelets? I think there's a certain association between a superhero and her costume or accessories that makes the bracelets so appealing. Here's the secret, though: it was never about the bracelets. The power of Wonder Woman lies within every woman and girl who dares to be bold and brave in this world. That said…the answer is yes. I do have the bracelets, and wearing them still makes me feel like a total badass! 💫 📸 @littlefangphoto

Who’s your favorite Beatle to kiss? 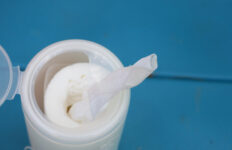