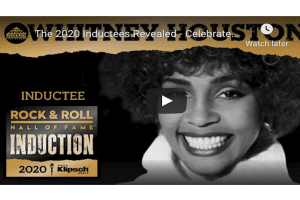 It seems like every year people complain about who’s getting inducted . . . or NOT inducted . . . into the Rock and Roll Hall of Fame.  Well, this year won’t be any different.

The Dave Matthews Band, which won the FAN vote, did NOT make the cut . . . and in third place, the Doobie Brothers were the only act in the fans’ Top Five.

In addition to Dave Matthews and the Doobies, the fans wanted to see Pat Benatar, Soundgarden, and Judas Priest inducted.  They were not.

As for the actual inductees, Whitney Houston came in sixth in the fan vote, Depeche Mode was seventh, and Nine Inch Nails, T. Rex, and the Notorious B.I.G. came in 11th, 12th, and 13th out of the 16 nominees.

For what it’s worth, there shouldn’t be much reunion drama this year.  The Doobie Brothers are already touring with Michael McDonald again.

So, the current lineup will likely perform, and they say they’re hoping to involve the former members Jeff “Skunk” Baxter, John Hartman, and Tiran Porter.

Two other members of T. Rex (Steve Currie and Mickey Finn) have died . . . as have two members of The Doobies (Michael Hossack and Keith Knudsen).

It’s the first time that seven musicians will be honored posthumously at the Rock Hall since 2001, when Ritchie Valens, Freddie Mercury, and five members of the doo-wop group The Flamingos were honored.

And then there’s also the admission of Depeche Mode and Nine Inch Nails, two of the most electronic-influenced rock acts that the Hall has yet voted in . . . outside of disco-era acts like Donna Summer and the Bee Gees.

Of the 2020 class, only the Doobies and T. Rex had official members who sat behind drum kits.

After the nominees were unveiled, Judas Priest guitarist Richie Faulkner blasted the Hall.  He Tweeted, quote, “Doesn’t make sense . . . hence why the Rock Hall holds no credibility for me and never has . . .

“[It’s] a total joke . . . if you wanna call it the ROCK Hall, then you should START with a healthy foundation of ROCK (in all its forms) to build on.

“The founding brothers and sisters that created and developed our beloved style of music and aided its evolution.  Otherwise, what does it mean?”

To be clear:  Faulkner has been in Judas Priest since 2011 and he wouldn’t even have gone into the Hall of the band got in. 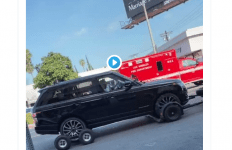 James Corden Does Drive During “Carpool Karaoke” . . . Sort Of→

This Is Why You Mishear Popular Song Lyrics→ 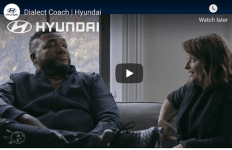