FORT WAYNE, Ind.  (ADAMS) – Nearly 70 years ago, when you entered the Clyde Theatre you found an art-deco styled lobby with a rounded glass block counter and carpeted floors.  While that bar is still there, it will be one of the only surviving relics. The Clyde was built at 1808 Bluffton Road in 1951 and operated as a movie theater.

Owner and General Manager Rick Kinney said that while standing in the grand lobby you could barely hear someone standing right next to you. He called it a sound nightmare. That is why, among hundreds of other changes and over $7 million dollars later, acoustical plaster will be applied to the lobby.

Kinney, who is also the President of Even Keel Productions, says that when he purchased the building in 2012, almost all of the original charm that was styled into the theatre was gone or terribly degraded.  The space had remained mostly vacant since shutting down as a movie theater in 1993.

The Clyde stands tall among the other buildings in the Quimby Village shopping center, which also is home to Don Hall’s Bluffton Road Drive-In and the Food Factory Express.  Many of the stores and spaces in the shopping center have also been left vacant like the Village Bowl, a bowling alley that shut down in 2011.

Kinney saw something different for the Clyde Theatre.  It is likely that his vision and investment, of time and money, will drastically change the landscape of Quimby Village.

In January 2010, Kinney was getting piano tuning lessons from Larry Merriman.  He said they were discussing what he thought was a void not filled in Fort Wayne music venues.  The city was missing a venue like the Newport Music Hall in Columbus, Ohio, the Riviera Theatre in Chicago, or even Bogart’s in Cincinnati.  “There was nothing like this in Fort Wayne,” Kinney said.  That’s when Merriman suggested the Clyde. Rick recounted Merriman’s words, “Well, we’re going to go get lunch at Hall’s and drive around that place.”

It wasn’t much to look at 8 years ago.  Kinney said there were pigeons, open doors, and broken windows.  But he saw something much bigger and says he made it his “life’s mission” to get the building.  In 2012, he did just that in tax sale.

Kinney plays in local band, Moser Woods, and toured with bands for years, running sound and managing aspects of live shows.  He was also once the technical director at the Embassy Theatre.  He knows what work goes into putting on a good show and making it sound great in a space where people actually want to be.  He also knew how much money that would cost.

Kinney then spent years trying to find an investor that shared his vision.

Enter Chuck and Lisa Surack of Sweetwater Sound and numerous other ventures that have changed Fort Wayne in so many amazing ways.

Kinney says they gave life to his vision, not to mention much needed capital.  Aside from giving life to the vision, Chuck Surack saw it. He pledged the Clyde would have world-class sound and lighting systems and offer a venue that would not only meet but exceed expectations.

The investment from Chuck and Lisa Surack is what Kinney credits with securing help from other sources.  The city of Fort Wayne and the Northeast Indiana Regional Development Authority approved a portion of the investment to come from the Regional Cities Initiative Fund.

In July of 2017, the Mayor announced the beginning of the renovation and said, “I commend Rick for his determination in making this project happen.”

Mayor Henry went on to give his seal of approval saying, “We’re confident the Clyde Theatre will be a tremendous asset to the community and region.”

LAYING OUT THE PLAN
With those words, the plans for the Clyde could be developed. It would include a 2,200 capacity, general admission, multi-functional performing arts and special events center. The theatre’s 10,400 square foot, two-story grand lobby will function as an art gallery.

The announcement promised the theatre will be the only of its kind in the region and will draw performances that currently only hit markets such as Chicago, Indianapolis and Cleveland.  And it’s under Rick’s watchful eye that all these promises are coming to fruition.

Kinney offered a tour to Adams Radio Fort Wayne’s Operations Manager, JJ Fabini. I was invited to tag along.  Under hard hats and yellow safety vests, we walked through the construction site on a cold March morning. Kinney detailed plans for each room and space in the theatre. The 2-story lobby of the theatre is undergoing extensive renovations but keeping some very small hints of its art-deco former life. Once complete, it will act as an art gallery, focusing on sculpture, object, glass and functional art.

When concert-goers arrive at the Clyde, there will be staff ready with ticket scanners and security measures.  Kinney said it is something he was not willing to take any chances with in 2018.  Like other major venues, the Clyde will have security at the doors with wands for metal detecting, conducting pat downs, and searching bags.

Unlike other major venues however, the Clyde will feature an indoor box office.  This is something that even the venues Kinney drew inspiration from do not have.  If you want to see a show at the Clyde during the colder months or even on a rainy night, you will not have to wait in an outdoor line to purchase a ticket at the door.  It is just one of the many ways Kinney is focused on creating a unique and comfortable experience for concert goers.

And he hopes to attract thousands of them.  Each show can offer general admission to 2,200 people.  Smaller, more intimate shows can host 750 people comfortably sitting. The Clyde also will feature boxes which will give guests an incredible view of the stage.

2 of those will be general admission with an upgrade fee.  3 suites will accommodate guests in a more private and exclusive setting. This is something most frequently seen in an arena.  No doubt, it gives the Clyde an edge in terms of becoming a regional destination for music of all genres.

There will a bar on the second floor and restrooms, complete with the same attention to detail.  Kinney said he made sure there was a vestibule adjacent to them that would control any unwanted noise. I laughed a little at him pointed that out, but it didn’t take me long to come to the conclusion that it was a genius idea.

That same amount of thought went into the main restrooms on the first floor.  As a girl who has used the facilities at a lot of concert venues over the years (and trust me, some of them have been pretty gross), I was especially impressed by Kinney’s plans to offer a vanity area in the ladies’ powder room. Also on the floor level will be two bars and several serving stations.  The ground floor will be home to fans hoping to rock out or dance to their favorite acts, that may have otherwise not made a stop in Fort Wayne.  Kinney has already released two concert lineups featuring some very big names.

Those big names will get the ultimate in VIP treatment at the Clyde.  Kinney showed us the dressing room and hospitality area of the theatre.  He specified the amount of detail he is putting into making it the best experience for every act that will play the Clyde.  Kinney is actually even having the concrete re-poured to make sure that the backstage area is even level with the stage, making it easier for artists and equipment to get on and off stage quickly.

The amenities extend far beyond a level floor though.  The Clyde will offer acts 4 dressing rooms included in a 7,000 square foot addition to the existing structure, 2 of which will feature showers and private restrooms.  The venue will also have a special artist entrance so that talent will walk no more than 30 feet from their bus to one of those dressing rooms. New loading docks were added so that all equipment will move from truck to stage in about 50 feet, never changing levels. It is something that crews will certainly appreciate.  Band crews will also enjoy an area dedicated to them in the hospitality area.

JJ Fabini, Operations Manager for Adams Radio Fort Wayne and afternoon host on 96.3 WXKE, has spent over 20 years working in radio and playing in bands…he has seen quite a few venues. Fabini said he was truly impressed by what the venue is offering talent.

“I believe the artist area will be talked about among touring bands.  It is going to make the Clyde a preferred destination to play.”

The hospitality area will also feature a production office for band management to set up shop and work on future projects.

The Clyde offices will be in the upstairs of the theatre, while a conference room will be located on the ground floor.  Kinney allowed for a personal jam space to “burn off some steam,” and play the drums.  It can also be used as a space for any band to warm up when visiting the Clyde.

Under the patronage of Chuck and Lisa Surack, the theatre will employ 70 people and aims to give an economic boost to an area of Fort Wayne that once seemed forgotten.  “Once completed, the Clyde will provide unique opportunities to experience music and art in northeast Indiana and will help boost economic development on the south side of Fort Wayne,” said Kinney.

We waited patiently the morning of February 27th at the radio stations for the first concert line-up announcement. We were not disappointed.  Fitz and the Tantrums, Stone Sour, Chase Rice, and George Clinton led the list of nationally recognized acts that are now scheduled to play at the Clyde.  Barely a week after the first announcement, a second followed.  That line-up included The Used and Jonny Lang.

Tickets for all the shows are now on sale and you can get them HERE, at the N. Clinton Wooden Nickel location, Neat Neat Neat records on S. Calhoun, or by calling 1-800-514-3849.

The Clyde aims to host 5 to 15 shows a month that will span every genre of music and offer something for everyone. On days that shows are not happening, people will be able to rent the space for private events.  Kinney says they have a preferred list of caterers that can provide for any occasion.

The Clyde is an exciting thing for Fort Wayne.  It will reshape the landscape of Quimby Village and the south side of the city.  Not to put too much pressure on Rick, but the Clyde will likely reshape the way Fort Wayne residents consume live music and art. It will raise the standard in what we can and should expect in this ever-expanding city.  Kinney’s attention to detail and guest-centered blue print will no doubt make the Clyde a premier destination for not just Fort Wayne, but the entire region. The first show, scheduled for May 12th, will mark the dawn of a new era for concerts in the Summit City. 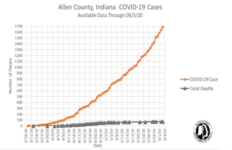 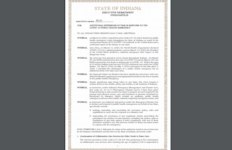